Unnecessary, I know. But then again, so is this:

Muslims Strike Back: “Everybody Draw Holocaust” Day is June 30!

…so get excited, people.

I have to admit, it took everything I had to not start out this post with a picture of a Mr. Potato Head dressed up to look like our dear prophet Mohammed. Everything I had, I say! I restrained myself mostly because I want to show a little compassion and respect for our Islamic friends, both at home and abroad.

Oh, wait, no I don’t, because our Islamic friends, both at home and abroad, feel the need to equate lighthearted Facebook idiocy with the orchestrated murder of millions of innocent people:

So, I’ll lead with this one instead:

h/t to Erick B., who was brave enough to risk eternal damnation by providing this masterpiece 🙂

But seriously, folks, this garbage is unsettling. I know it’s just Facebook, and I know it’s just a few idiots banging their spoons on their high chairs, but it’s evidence of something far more serious that’s happening within the Muslim community.

Yes, I know this is not representative of all Muslims, and I know that some Muslims are perfectly normal, rational individuals who do not wish to chop my head off for posting nastily about Mohammed. Incidentally, however, I’m not talking about those Muslims; I’m talking about the hateful, racist, anti-Semitic individuals how post pictures like this:

This is unsettling because, to these people, this sort of reaction is normal. For them, cartooning Mohammed and threatening people’s lives is the same thing. “Everybody draw Mohammed Day” was a stupid gag aimed at Muslims who decided it would be a good idea to make boldfaced threats against non-Muslims. It didn’t threaten Muslims, or Muslim countries, or do much of anything besides let the Islamic world know that “freedom of speech” means not giving a damn if some stupid cartoon ruffled a few feathers, and not letting the ruffling of the feathers interfere with that right to free speech. Now, we have a “comparable” group made in “response” that denies the Holocaust, and threatens the lives of Zionists (read: Jews).

These people are insane.

Sorry, I thought I saw a saber whirling through the air towards my head. At any rate, it’s true: they are certifiably, irrevocably, undeniably insane. Think about it—if a Christian organization flipped out about a TV show depicting teenagers getting drunk and firebombing live Nativity scenes for fun, and instead of starting a petition or something, the group threatened to start blowing up TV studios until the show was canceled, everyone remotely connected to that group would be labeled a dangerous moron, and smeared by the MSM with reckless abandon. Not so with the Extremists who support “Everybody Draw Holocaust” Day—apparently we’re too damn worried about being sensitive and politically correct to realize we have targets painted on our foreheads.

I know a great many people that refuse to acknowledge the existence of evil in this world. For those people, there is always a reason, always some person or circumstance to blame, for wildly irrational or destructive behavior. They believe people who live immersed in a world of evil can be rehabilitated if people who misunderstand them work a little harder at inclusiveness and compassion. I believe that this line of thinking is a lie, perpetuated by the arrogance and willful ignorance of the Left, and I believe that it is going to end up getting a lot of people killed.

Like I said, “Everybody Draw Holocaust” day is not, in itself, a big deal. In fact, I’d encourage artists who subscribe to the truth to do their own depictions and post them online, just to ruin everyone’s fun. It is, however, a sign that we must remain vigilant, and protect ourselves from those who see no difference between poking fun at a prophet, and advocating ruthless genocide. 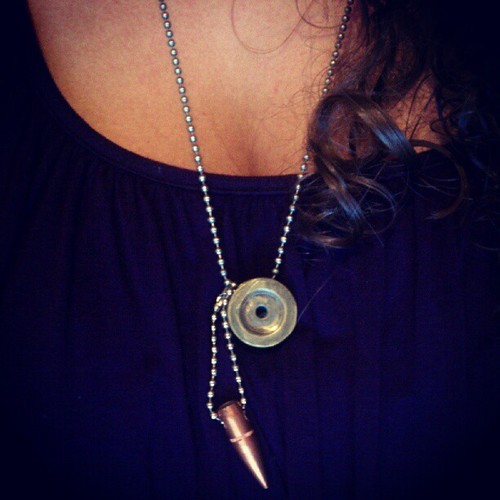